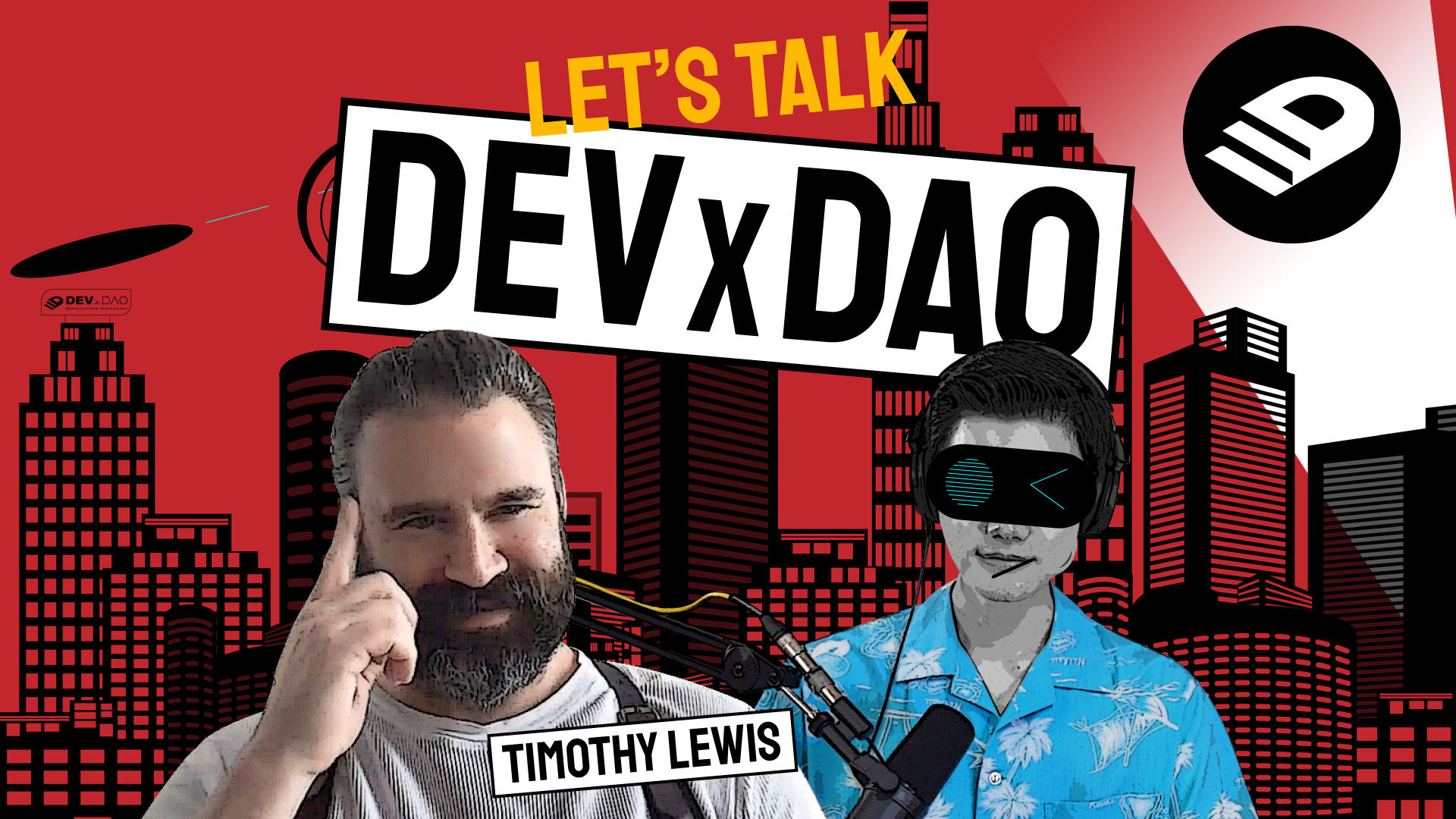 DEVxDAO: Create a unique DAO in the industry

DEVxDAO is a company based in Switzerland and aims to provide funding to developers, researchers, and scientists globally. The company is a place to help protocols, projects, and developers promote the development of emerging technologies.

DEVxDAO is a company based in Switzerland and aims to provide funding to developers, researchers, and scientists globally.  The company is a place to help protocols, projects, and developers promote the development of emerging technologies.

Timothy Lewis is a developer in the blockchain. Lewis found interest in network security and network efficiency and has worked in network security and development. Lewis has a more comprehensive understanding of the financial industry and has witnessed the evolution and development of the blockchain. His career has been with blockchain. He saw the massive potential of this industry, and at the same time, he also realized that the industry’s compliance was not adequately done.

In his interview with humans and the machine, he said that their goal is to create a framework for DAO legally and technically and help decentralized value provide services to the high-quality open source developers of donors in a very effective way.

The uniqueness of DAO in the industry

A decentralized Autonomous Organization (DAO) is a natural global extension of platform enterprises and decentralized social organizations. DAO is a worldwide entity that coordinates agency relationships and limits liability through smart contracts.

Lewis pointed out that DEVxDAO is a unique DAO in the industry because it is not only a venture capital pool but also a funding DAO which is an ideal platform for developers who are creative but lack financial support. In addition, although DEVxDAO is a small organization, it can still create judicial compliance and contractual agreements.

This industry is perfect for committed users. DEVxDAO will establish a reputation incentive mechanism whereby people will be paid based on the degree to which the DAO believes that the value is compatible with the reputation. Thus, DEVxDAO members can use reputation as a valuation metric to increase their utility and improve the platform. Once the reputation is used as a measure of indirect economic benefits, the salary of tokens is paid in proportion to the scores of non-homogeneous reputation tokens.

The more personal reputation of all DEVxDAO members are collected, the overall value of DEVxDAO will be higher. Lewis also mentioned that DEVxDAO is committed to working with cutting-edge decentralized platforms, such as CasperLAbs, to create a better DAO startup software package.

DEVxDAO, from a long-term perspective, will play a significant role in improving the compliance of blockchain transactions.