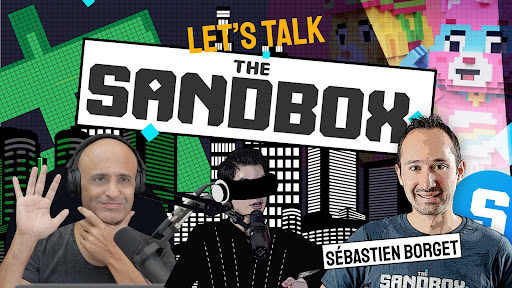 Sandbox: The Passion Project Over the Years

Sandbox started as just a simple mobile game where people could play with physics in 2012. Back then, all you had to do in Sandboxwass to drop soil, water, sand, and burn with fire, among others. Basically, the game was a physics simulator. They then modified it and made touches that greatly affected how the tables turned in their favor.

Sandbox started as just a simple mobile game where people could play with physics in 2012. Back then, all you had to do in Sandboxwass to drop soil, water, sand, and burn with fire, among others. Basically, the game was a physics simulator. They then modified it and made touches that greatly affected how the tables turned in their favor.

Securing success the past decade and a half

“My secret is to be passionate about something and to be early on,” says Sebastien Borget, Co-Founder and COO of Sandbox. This 36-year-old French entrepreneur, together with his business partner Arthur Madrid, co-founded four companies and spent the last ten years in the gaming industry. In addition, they co-founded their previous game studio.

As time went by, they noticed how other companies boomed, so Sebastian and his team were focused on working with brands and bringing Snoopy, Addams Family, Pac-man, and Shrek into the table. A good decision that eventually brought them great success.

He is also the president of Blockchain Game Alliance, a non-profit industry; Sebastian and his team now have over two hundred and fifty members from all over the industry— accounting for over four successful exits from the businesses he opened.

They also focused on allowing players to create their own world in the game, giving them complete control of their own cities and adventure. That’s how they gave birth to the first version of Sandbox.

“I think we have always been pioneers, pioneers in the use of decentralized peer-to-peer technology to build a protocol on our first company,” shares Borget. Always been apt for growth and success, the Sandbox Team has used decentralized peer-to-peer technology with BitTorrent in being involved in the community to build a protocol in their very first company.

Their second company, on the other hand, has first offered mobile games that are free to play, offering everyone the opportunity to start and reignite a career in video games again. Since the console and PC game market is already saturated, they focused on mobile games and turned it into something profitable— effectively securing an end.

Jumping from one opportunity to another, they realized that understanding what people want to do is key to succeeding in what you simply do. Additionally, having the heart to give people exactly what they want takes a lot of work, and even trial and error, to successfully get over with.

Having a clear vision of what industry you want to change is also crucial in succeeding. According to Borget, it is what’s driving them into continuously doing the work that they do.

Looking at other’s successes to draft yours

Over the past years, they wanted to improve even further. Sebastian and his team saw how people enjoyed the game, so they didn’t like the users to get used to it and eventually be bored. So, they rewarded users by giving them virtual currency and digital assets. Although they didn’t exactly own it as it is inside the mobile game only, it can help them be motivated to play with it continuously.

But as the digital age became more and more enhanced, they saw how Crypto Punks and CryptoKitties functioned back in 2017. So, among the other first generation of NFTs, Sebastian and his team found a way to integrate the same things into their own. So, they did.

They monetized the game and allowed users to order content in the blockchain. That’s how they eventually progressively developed a new version in a 3D multi-platform— giving their users a much better experience in playing.

“Now we say we're even open to the NFT metaverse, where creators and players truly own their digital assets, [and] are empowered and can monetize everything they create,” says Borget.